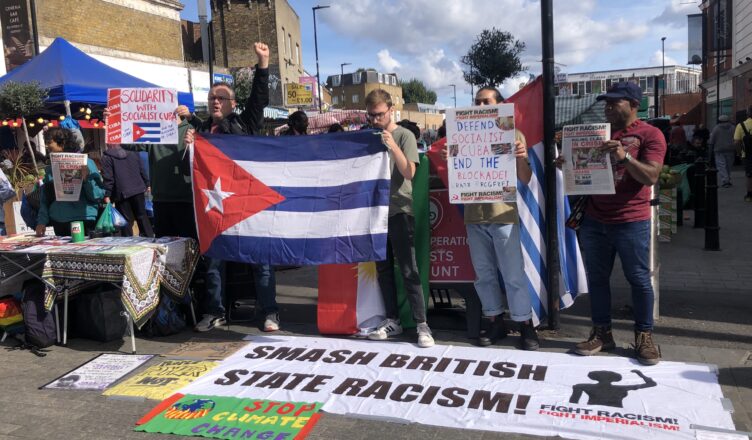 On the weekend of the 24th of September, activists from Rock Around the Blockade joined together with organisations from all across the world to stand in solidarity with socialist Cuba against the US blockade. This month the caravana coincided with Cubans voting on the Family Code referendum. Whilst Cubans exercised their democratic power to bring about progressive new legislation surrounding family matters, we stood with them against the blockade which affects their everyday lives.

If you want to get involved in the caravana next month, please get in touch. Here are some photos and videos from around the country:

“On 24 September, a handful of supporters of Rock Around The Blockade in Glasgow raised the Cuban flag outside the Bank of Scotland during a street stall against fuel poverty. We also handed out leaflets to members of the public about the new campaign 1 Cent for Cuba, to raise awareness of the extra territorial nature of the US Blockade. Unblock Cuba!”