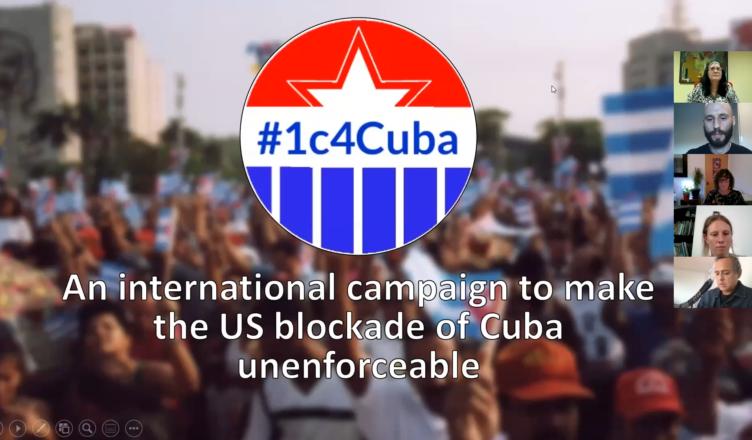 More than 100 people were in attendance to hear from the speakers, Johanna Tablada, Vijay Prashad and Helen Yaffe, who all gave informative introductions on the effects of the US blockade in Cuba and the use of sanctions as warfare all around the world. This was followed by an explanation of how the campaign will take direct action against British and European banks, who implement the US blockade of Cuba extraterritorially by blocking transactions headed for Cuba. At the end of the meeting attendees joined together to schedule transactions that would trigger the bank’s blocking mechanisms, which will kick start the campaign on July 26!

Find out more about the campaign, including how to get involved at www.1c4cuba.eu